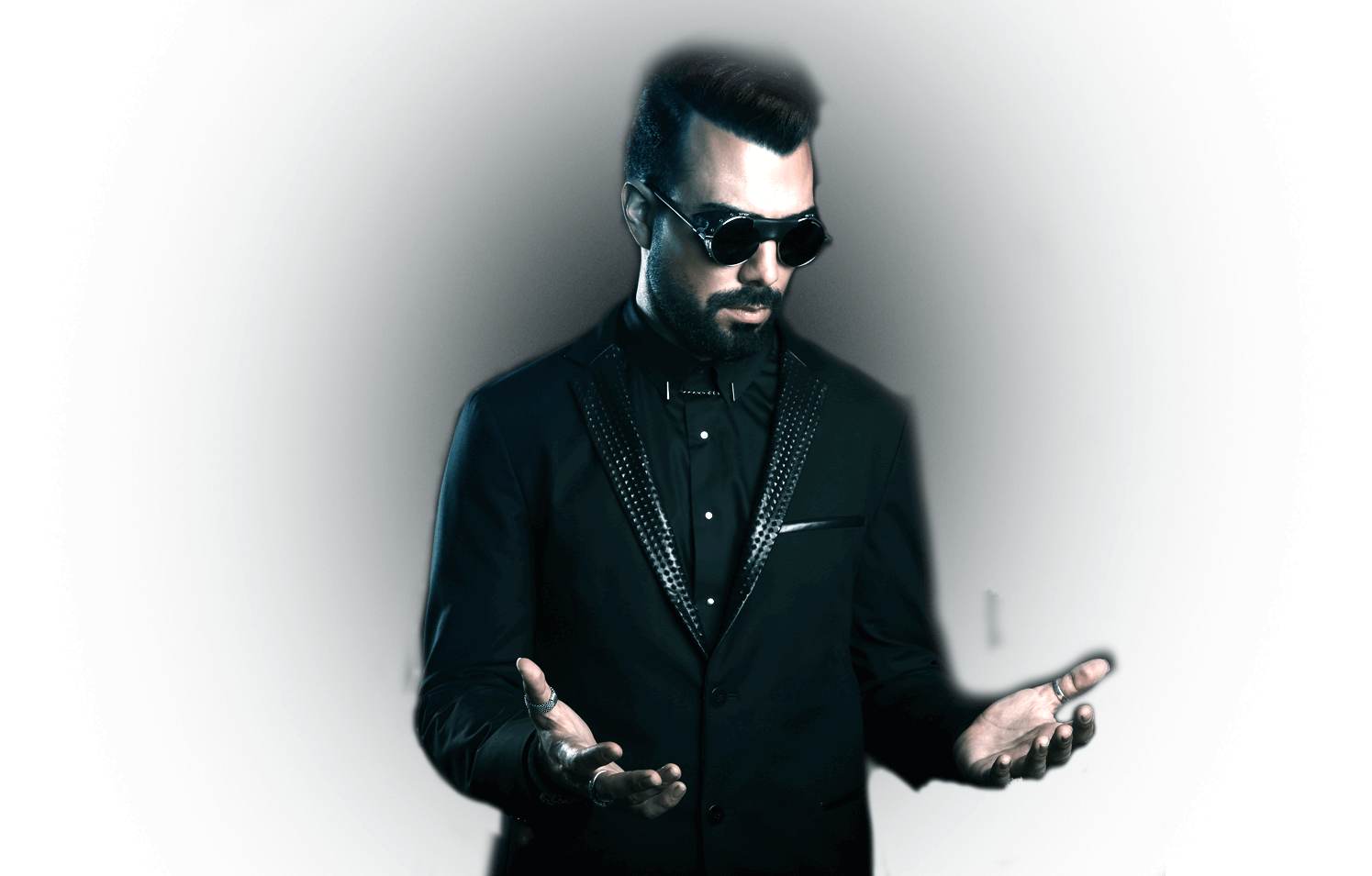 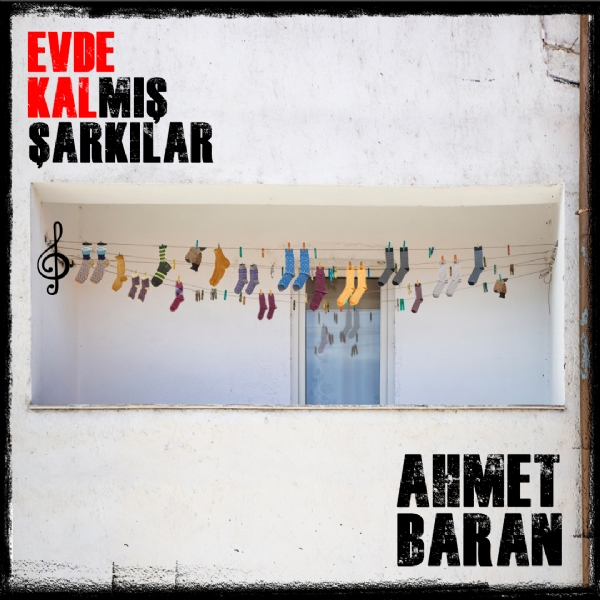 Creating is a uniquely human attribute and is closely related to man’s enthusiasm of reaching immortality.

There is no logical explanation to suffering the pains of creating, finding, being able toproduce, and also at the same time taking pleasure from it.

Perusing Ahmet Baran’s artistic journey within this framework shall be helpful to understand him correctly.

Year 1983…Ahmet Baran opens his eyes to the world at the heart of the homeland, Ankara.

He joins the TRT (Turkish Radio & Television) where he meets up with music he is only eight years old.

After his teenage years that are spent with close involvement in the Arts,he completes his graduate studies at Hacettepe University State Conservatory concentrating on composition, harmonics, counterpoint, knowledge of form, analysis, orchestration, instrumentation, antique modes and jazz harmonics.

When he is eighteen, having only six months of performing experience behind him his courage and talent leads him to the opportunity of working with symphony orchestras…

Baran is on the prowl of extending his view towards the world music with utilizing all potential of his saz, a traditional Turkish Music instrument called Qanun, from the very first day.

He becomes the “The Youngest Soloist Qanun Player of Symphony Orchestras” in Turkey. During his work with the symphony orchestras he succeeds in bringing a new technique into the qanun performance: Ten Fingers technique. By using all of the fingers of the two hands effectively, far from the artificial tone of the plectrum, this technique, where the left hand accompanies the right hand sometimes like percussion and sometimes like a piano; can also be defined as an innovative point of view that sets forth using the both lobes of the brain and aims to bring sound richness of several instruments to qanun.

His exultant energy and his music blended with his broad perspective of art, carries him beyond the borders of his home country in a short time.

He performs more than a thousand times in five continents.Sydney Opera House and at the UNESCO headquarters in Paris sparked a strong impression in the world press.

“His unique technique of playing” and “glowing enthusiasm” makes him the centre of attraction for the audience and themusical authorities in the various countries he performs, as well as bringing in rave reviews about him both by national and foreign media, and making a name as the “wonder boy of Turkish music who carries his performance beyond the limits”.

He gives concerts, at Presidential Place and Prime Minister’s Residence, introducing Turkish Music; also in the events organized in honour of fifty-five national leaders such as the Queen of England, President of Russia, The Pope, and King of Egypt.

His passion for Jazz and improvisation, brings Ahmet Baran together with the Reed Flute-player Süleyman Erguner and Trumpet Virtuoso Wadada Leo Smith in 2006.

With the jazz orchestra they put together, they share the stage at 16.

International Akbank Jazz Festival closing concert, and by this musical association the album titled “Tabligh”, is released in New York.

This is succeeded with the CD and DVD records he makes with Grammy-awarded Ensemble Appasionata Symphony Orchestra in 2012.

Ahmet Baran is a musician whose name is given to a special instrument series produced by qanun masters which are sold worldwide.

There are two qanun concertos dedicated to the musician and also performed by him.

These works belong to well-known composers Turgay Erdener and Eray İnal; one of these works is the second qanun concerto of Turkey.

The other projects bearing the musician’s signature is “Kanun Namına Project” in which he carries the East’s dynamic and cosmopolitan spirit to the stage alongside virtuoso musicians who have special talents in their fields.

He aims to create awareness by processing social problems such as child abuse and violence against women in the music groups he conducts, and by touching on more than 100 choirs with autistic children with the help of sign language and touching the soul beyond the music with his hearing-impaired concerts.

He was born in Ankara.

He started his music career at TRT Ankara Radio Children's Choir as a child.

He completed his post-graduate study at Hacettepe University State Conservatory.

When he was only 18, he started to work with Symphony Orchestras. He became the youngest soloist in symphony orchestras.

His passion for jazz and improvisation led him to share the same scenes with the world-famous stars and record albums.

He gave more than a thousand concerts on six continents. Her concerts at the Sydney Opera House and at the UNESCO headquarters in Paris sparked a strong impression in the world press.

From the Queen of England to the President of Russia to fifty-five statesmen from the Pope to the King of Norway, he presented Turkish music.

He won the Arts High Award, the Art Initiative of the Year and the international competitions.

The execution of the qanun gave a new technique to be mentioned under the name of Turkish Music. His different vision and commentary was the subject of his thesis in State Conservatories.

The private qanun series of the artist, bearing his name and signature, are produced. These instruments are on sale all over the world.

With his Kanun Namına Project group, which carries the dynamic and cosmopolitan spirit of the East to the stage accompanied by virtuosos and visual shows with special abilities in the field, it has been carrying out joint projects with artists around the world.

Ahmet Baran is a highly esteemed qanun player for whom special instruments with his own signatures were made by qanun makers.

Baran’s passion for improvisation and world music helped him to develop new qanun playing techniques and new equipment that allowed him to overcome the difficulties he faced while trying his new techniques.

He set the touches, sound field, wood preferences and technical specifications for these instruments that were made by the most famous luthiers of our country and sold to the world.

For further information and purchasing the product, please don't hesitate to contact him by e-mail: info@ahmetbaran.com . 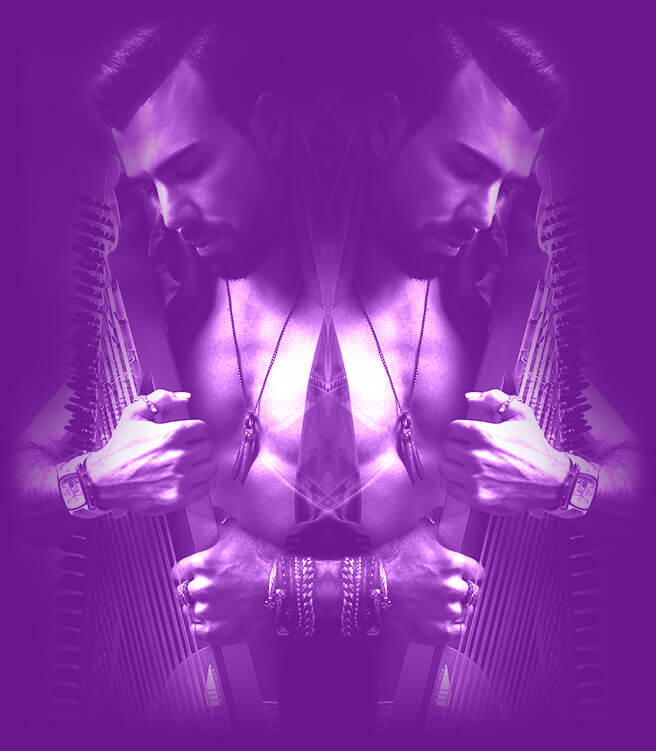 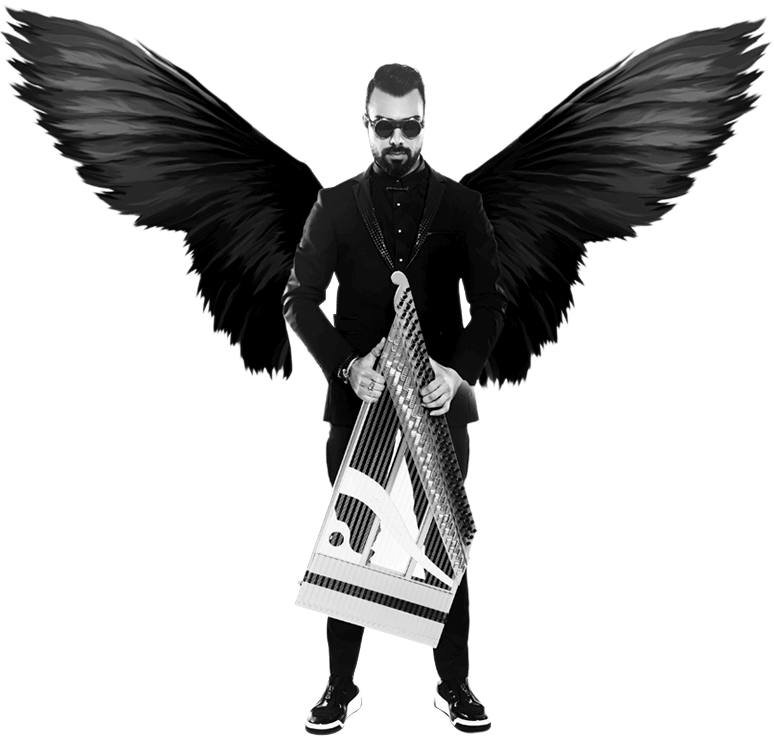 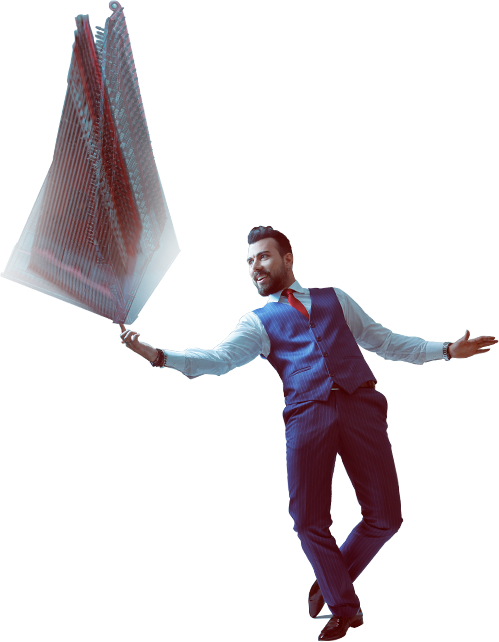 The world-renowned qanun virtuoso Ahmet Baran's philosophy of art; to produce, to discover, to renew, to renew, to train, to teach, to live and to share music.

a multi-faceted artist who pushes the boundaries of music and believes that impossible takes time only to make the part.

To take part in this special formation. 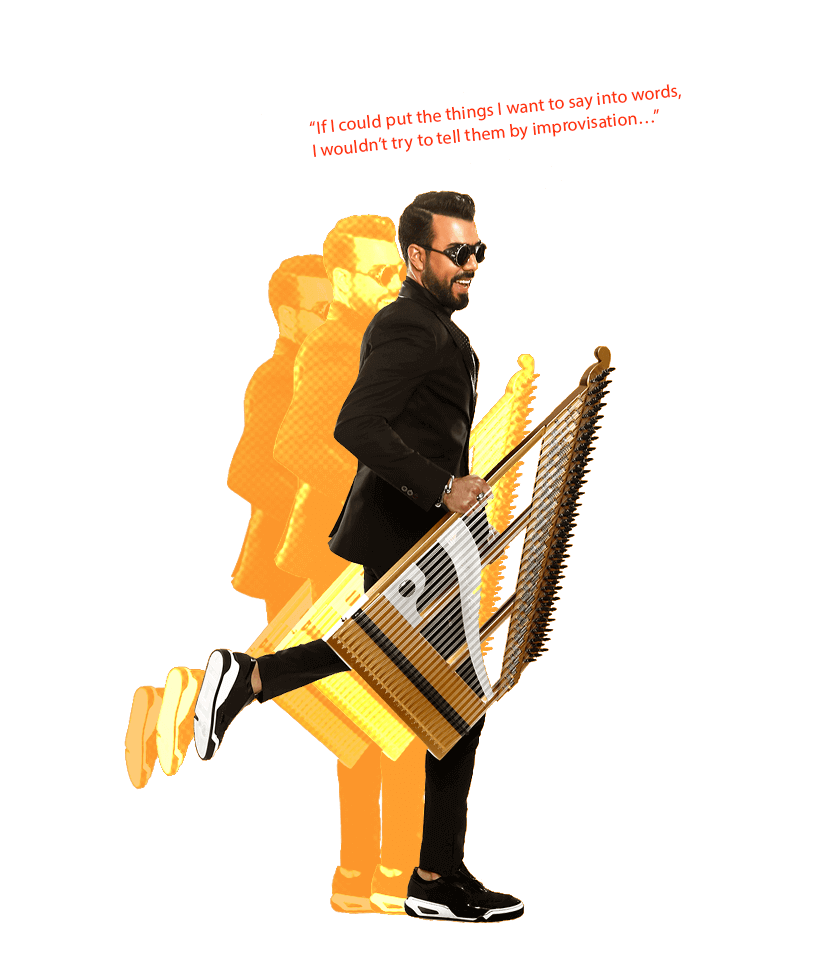 When you meet Ahmet Baran’s music, you suddenly realize that the universe is actually made of vibrations: made of light’s, heat’s, magnetism’s and in every case voice’s vibration…

He walks around his hands on his instrument by dipping his fingers silently into magic, and touching this very old land which got warmed for thousands of years by the same sun, was washed by long rains, was reigned under and loved by numberless kings. Universe turns into a wide surfaced qanun, our hearts into a string, and we slowly vibrate with sorrow, we blaze with the fire of high waves and enthusiasm. Qanun feels happy with him, gets strong, creates new worlds in listener’s mind moving across secret passages that no one can see.

Despite his very young age, he seems as if he tapped, locked in, wandered around the strings of that qanun for a couple of lifetimes. As the tunes turn into a wind and touches your face, hair, and filling into you, sometimes you walk around the high walled corridors of old palaces, sometimes you drabbled into world’s miseries in a black and hear the jazz. A song pulls your looks to the ceiling of a youth room that is full of dreams, and slides into a film strip that is watched with a bitter smile. Then you see why life doesn’t move along on a straight line. The meaning rising from the fingers of the musician, whose speed you cannot follow with your eyes, touches your hasty and bewildered sides. His use of his right and left hands like telling, drawing, showing, dancing, dressing a wound; reflects you like a mirror on which the places you have reached, the efforts you have made, the things you have written and deleted, the things you take and give, the ones you have endured and loved appears one by one.

In this album where he practiced the Ten fingers technique for the first time, which will be referred with his name from now on, a sweet feeling is breaded in your heart and you feel happy with this musical richness as he accompanies his own music. Qanun, which is actually an instrument only, turns into something different and bigger, like a huge sea full of thousands of different fishes, thanks to Baran’s imagination and skills.

In this album, Baran’s friendly understanding of world’s music, self-disciplined character, which does not compromise from musicality, unites with his skill of revealing his tone as a difference in every track he has rendered. Therefore, even the most known tracks, soundtracks of the film we watched for million times drop a stone into his imagination seeming like a wide lake, and extends it in circles.

With the torch that Ahmet Baran set to us, we pass from the wide valley of emotions, and roll upwards with joy from the walkway randomly coated with green.

There is no greed in this climb. There is no profit. There is voices folding into soul, objects walking to the meaning.

Ahmet BARAN keeps performing with all his naiveness.

We flow in the channel of with the water of that voice.

Ahmet BARAN keeps playing by dipping his fingers into a little bit of magic and a lot of modestness.

The metronome of life catches and designates the rhythm.

Ahmet BARAN talks about us, our joys, longings, the loss of Özgecan that hits us like tons of bricks, our non-healing wounds.

He attitudinizes, talks openly, his music speaks of things too beautiful to be real, he doesn’t stop, starts another improvisation.

We walk as if we are walking towards the light… Besides, with this album, now you join this walk too, and we grow.

So welcome in the name of Qanun!* 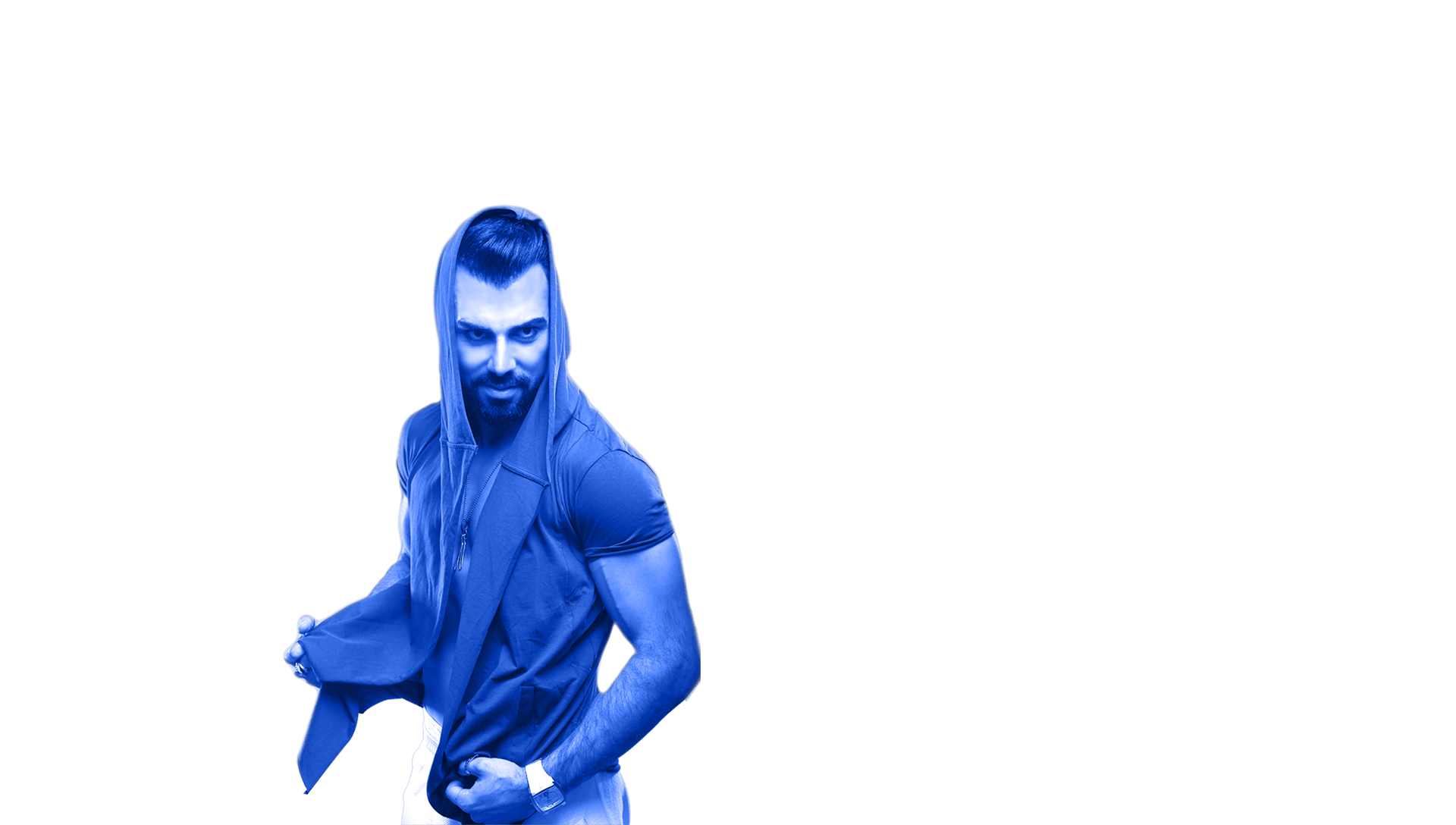 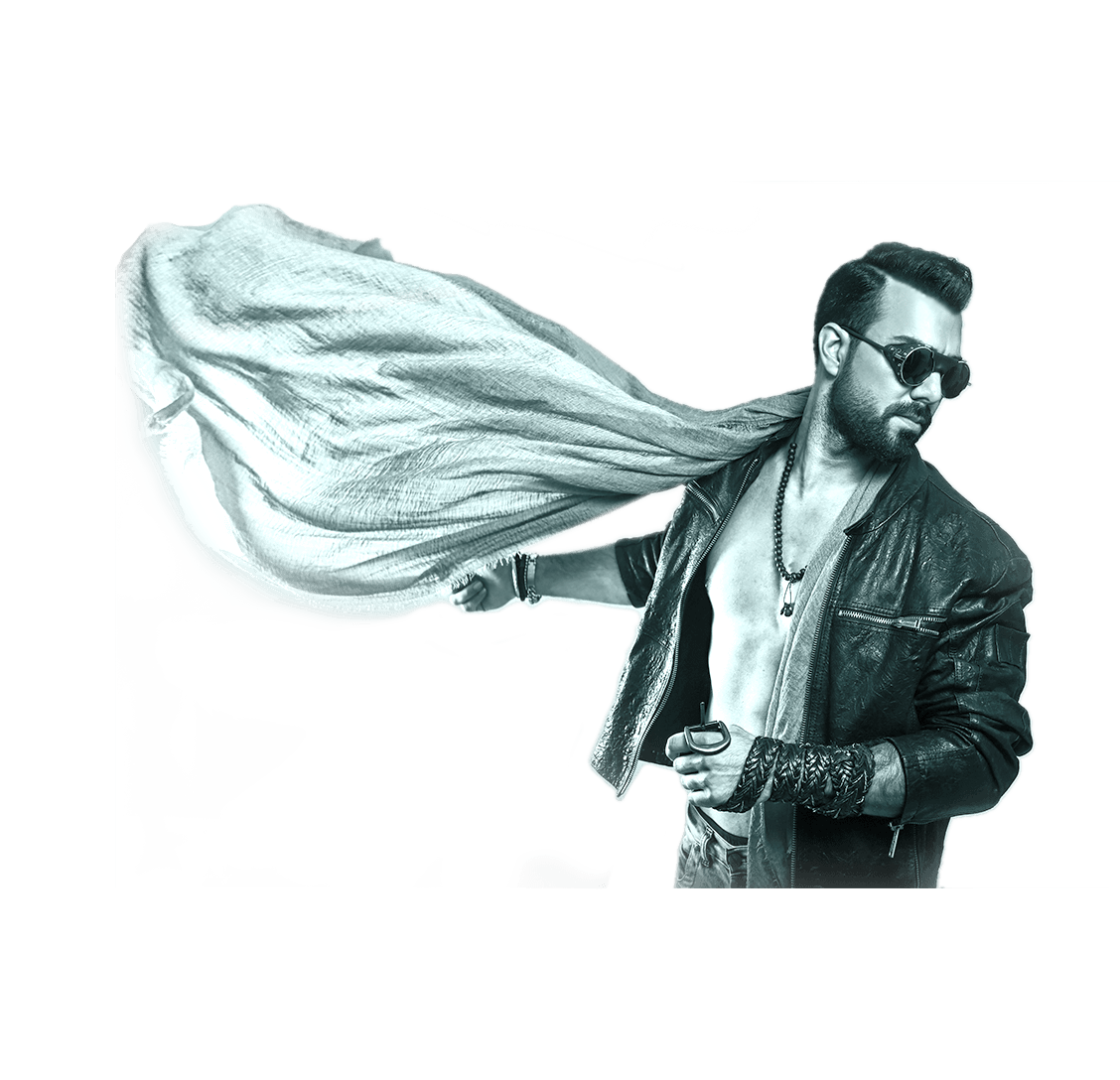 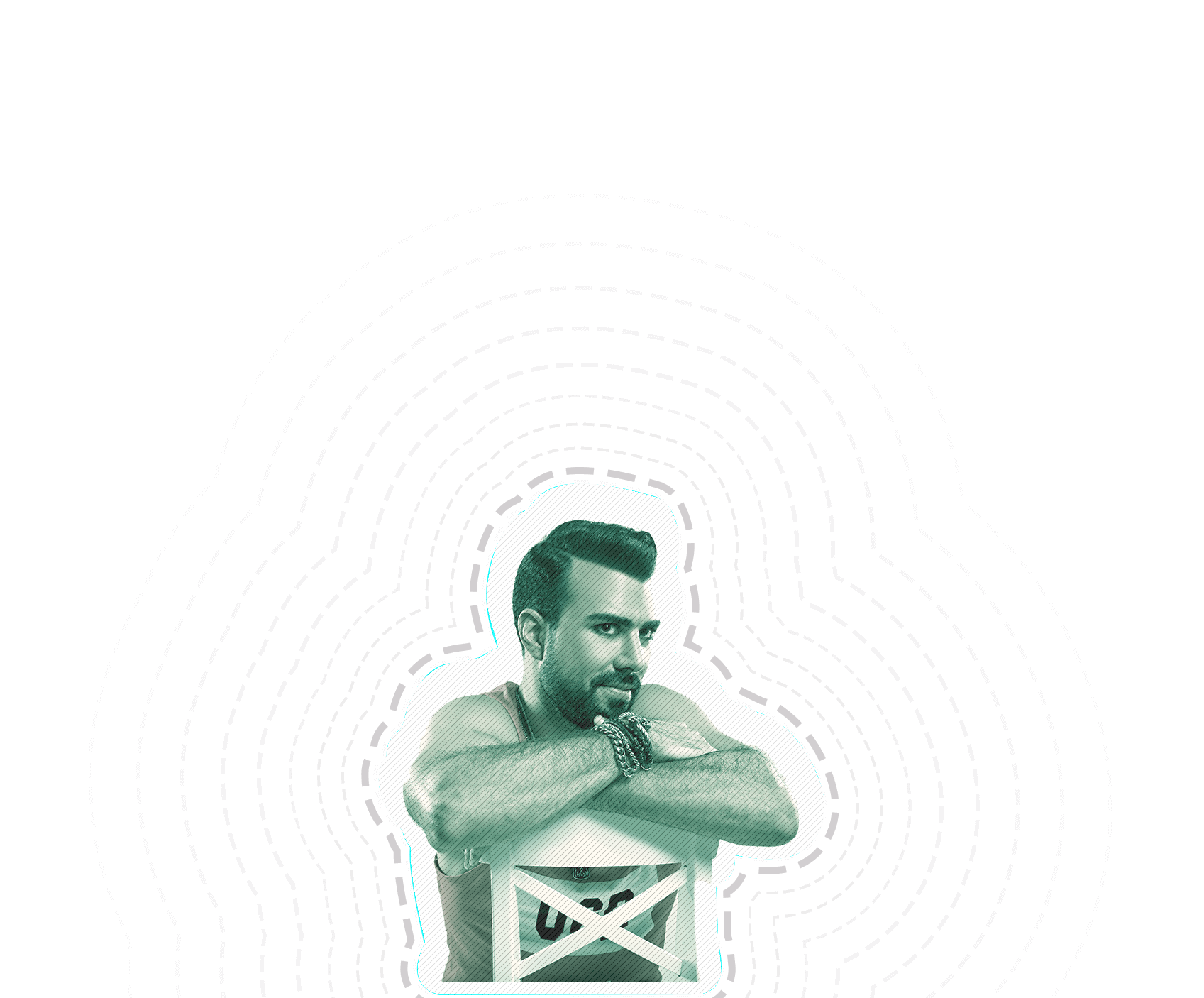 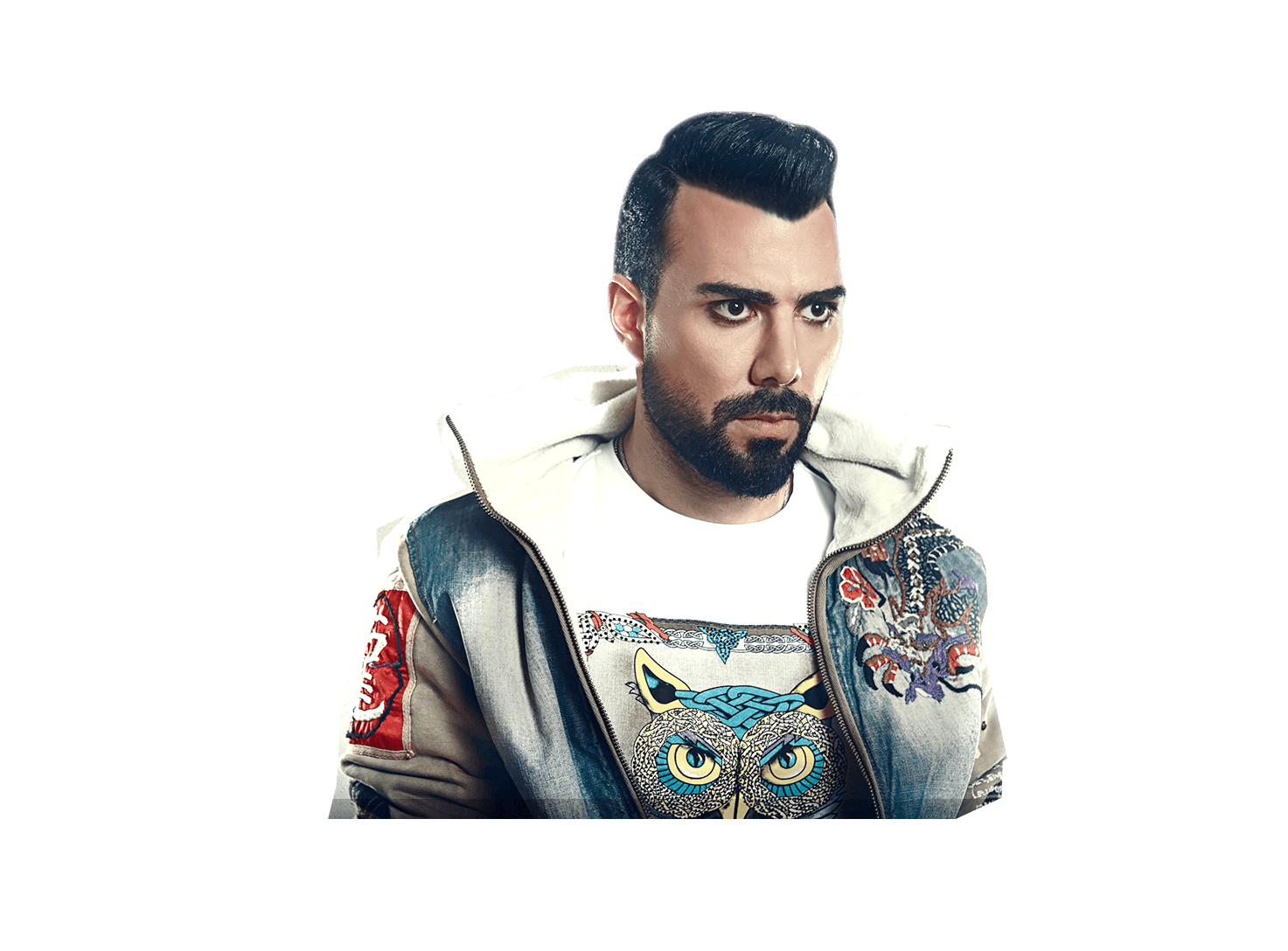 Your browser does not support.